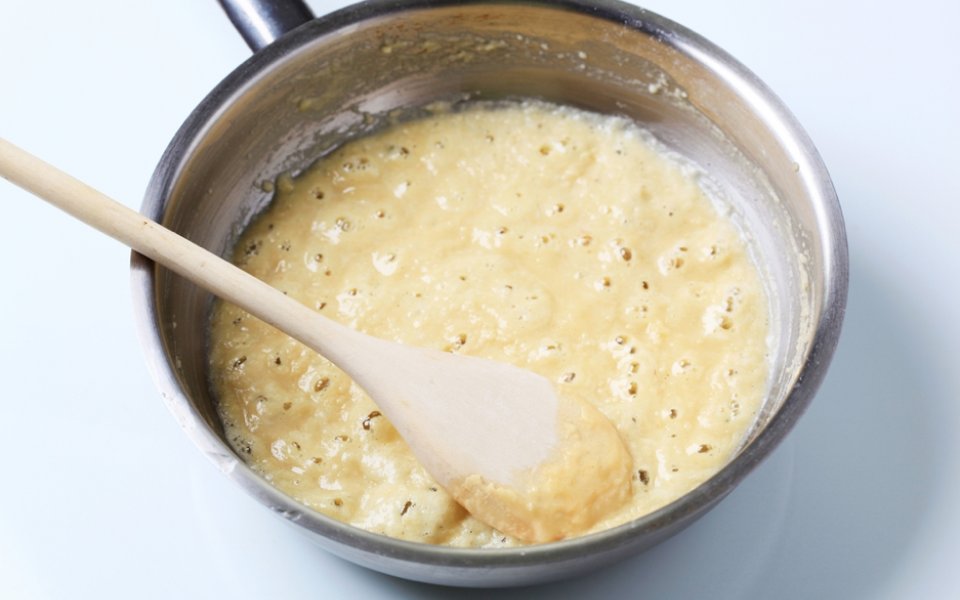 A French term that refers to a mixture of flour and a fat, such as cooking oil, margarine, or butter, that is cooked and used for thickening in sauces and gravies. Roux can be cooked to three different stages. If cooked just a few minutes, the mixture, sometimes referred to as a white roux, does not change color and is used to thicken white sauces. Heating the roux a few minutes more gives a golden color. This blond roux is used in lightly colored sauces. A brown roux is formed when the mixture is cooked slowly to a rich brown color. When properly browned, the roux also will have a nutty aroma. A brown roux is used, especially in French and Cajun cooking, to flavor, thicken and color soups, stews, sauces and gumbos.

Subscribe to our newsletter and stay tuned with all our new recipes, cooking classes, restaurant news and offers and much more!