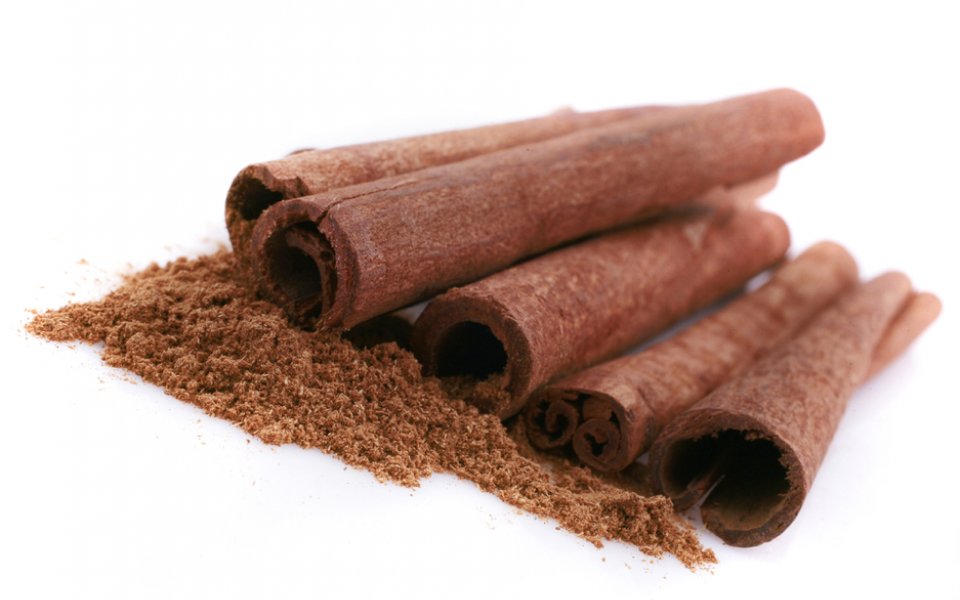 The dried bark of the cinnamon tree. Ground cinnamon has a stronger flavor than cinnamon sticks but does not keep as well. This spice is used to flavor cakes, apple pie, buns, puddings, and compotes. In Central Europe and the Mediterranean cinnamon is also used to season soups, tomato, sauces, vegetables etc. In Greek cuisine cinnamon is widely used both in savory and sweet preparations.