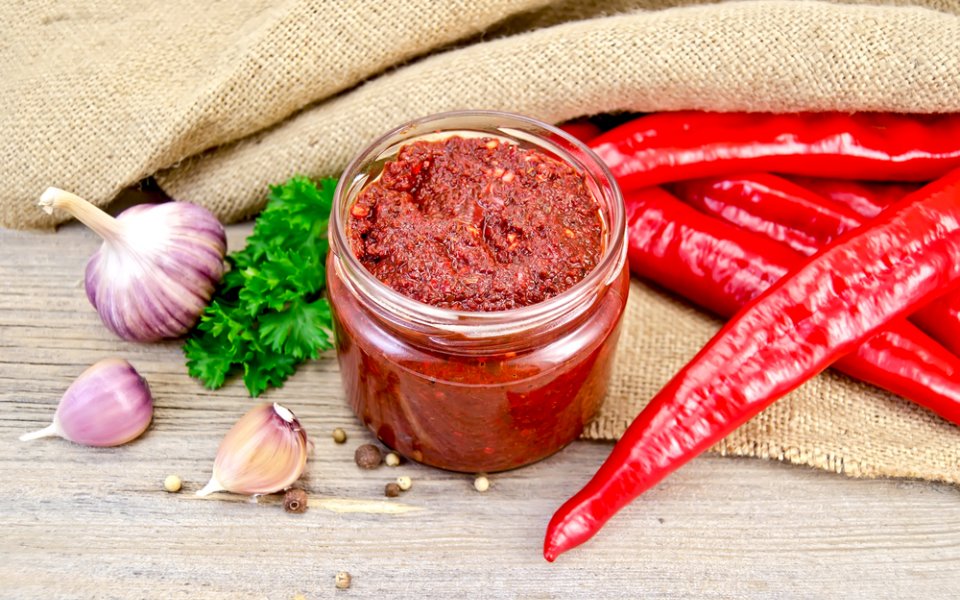 A very hot, small red pepper originally from the Mexican state of Tabasco. The word itself means "damp earth." Though these peppers are now grown in parts of Louisiana, they're not widely commercially available. Instead, they're used specifically to make Tabasco Sauce, a trademarked name held by the McIlhenny family since the mid-1800s. Produced since Civil War times, this fiery sauce is made from tabasco peppers, vinegar and salt. Tabasco Sauce adds zest to numerous dishes as well as being integral to the famous bloody Mary cocktail.