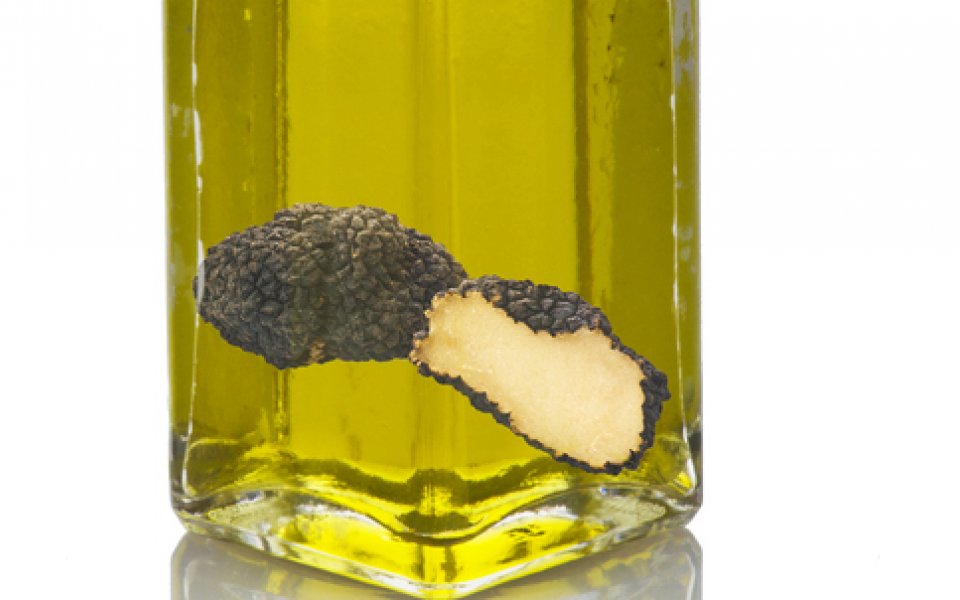 Truffle oil is oil, that has been infused with the aroma of white or black truffles. The intense aroma and flavor of most commercial truffle oil doesn't come from actual truffles but a chemical compound that resembles it closely, often marked on the bottle label as "natural flavors." Truffle oil is meant to be finishing oil, rather than cooking oil used for sautéing or frying. This means it's best used just before serving: drizzled over soup, risotto, or seared fish, or used in combination with olive oil and whisked into simple vinaigrette. Because the flavor and aroma are quite powerful, it's important to use truffle oil sparingly. In small amounts, truffle oil adds an intriguing earthiness to vinaigrettes. A few drops just before serving add heady fragrance and luxurious flavor. As with all other oil, store truffle oil away from light and heat. Because it is expensive and should be used sparingly, it's best to buy the oil in small quantities.